is a FPS game. The player navigates through a futuristic museum and excecutes security drones and turrets by avoiding their detection and finding a way to hit their weak points. The concepts of the characters, effects, environment and props, made by our exquisite game graphics artists: Elsa Varland, Ludvig Ribbnäs, Timothy Karlsson and Desireé Törn Almö, had very specific requirements, with a clear vision. It was really gratifying, fun and interesting for the technical artists, Erik Östsjö and myself, to implement all the features of the dynamic props, rigs and special effects. 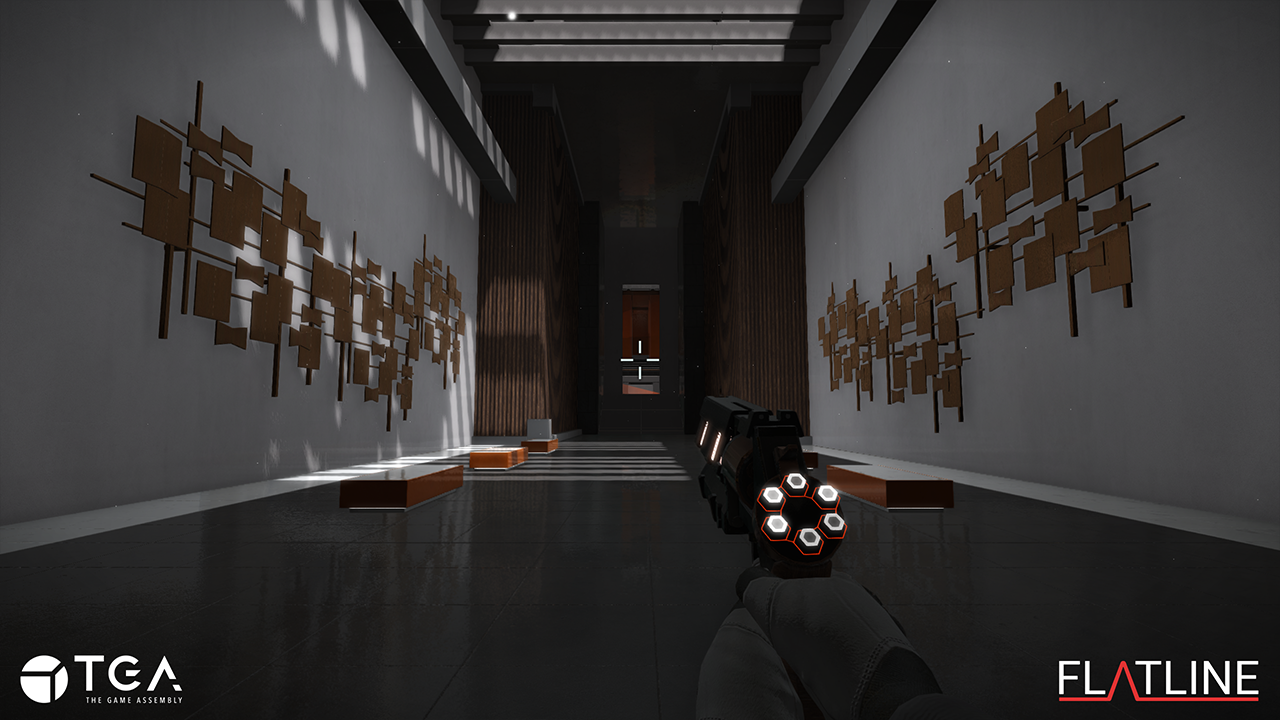 The exporter tool from Maya had to be modified from our previous game, since we decided to have multiple skeletons interacting with each other in the same rig scene. Previous name standard was adapted in this game too, but since we had to be able to export several meshes and skeletons from the same maya scene, Prefixes and suffixes where taken from the name of the scene, but the root itself came from the name of the mesh. 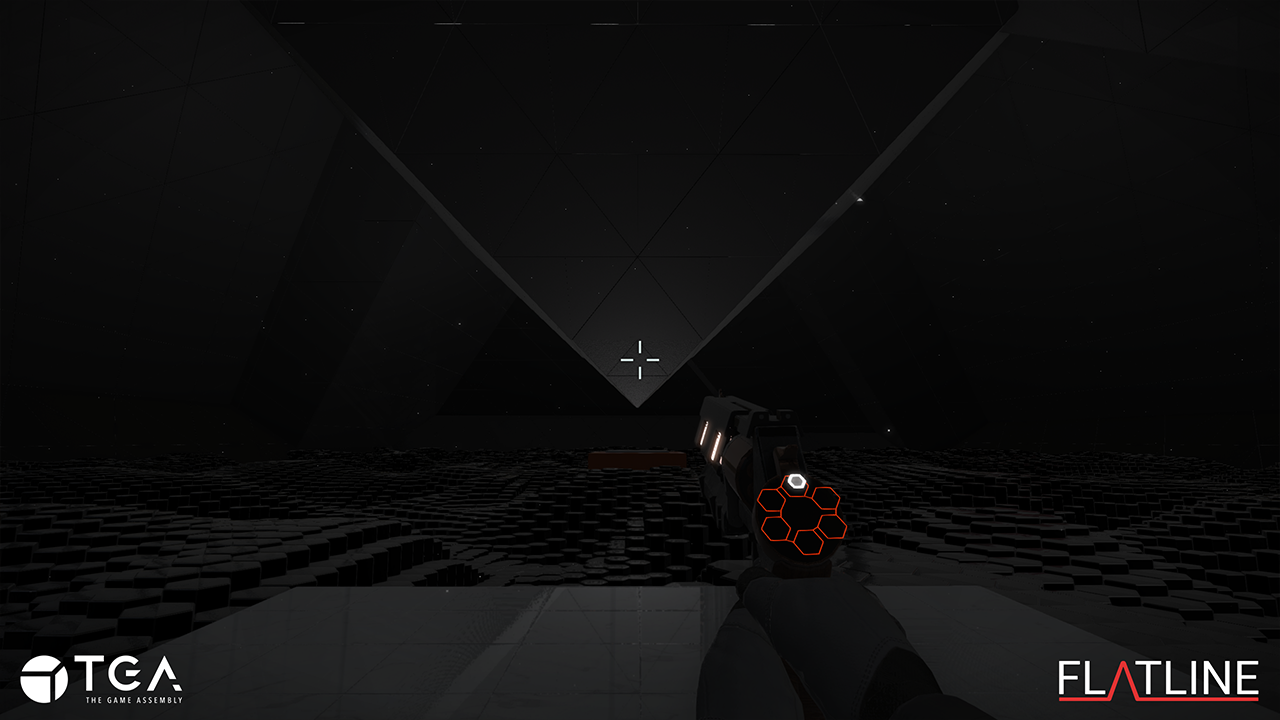 My next big task was to rig some props in the environment (Sliding Doors and a Pyramide shaped Elevator), the two enemies and the player FPS-arms with accompanying weapon.

In this rigging process i decided to make a whole proper setup for the arms with twist joints and clavical controls so that the animator could play with all arm movements, even those coming from the shoulders. Also the interactive features between weapon, ammunition and the player, had to be taken into consideration in the setup of the rig scene. The possibility to change weapon was incorporated in the setup of the rig scene and the exporter tool.

The whole process of rigging the drone, one of this game’s enemies, I made into a personal portfolio project and this is explained in more detail under the Drone section. The rig for the Turret, that also has a detected and undetected state, was simply made with parent constraints to locators, so that the animator easily could toggle between these states, but at the same time being able to animate the head and the wings separately. 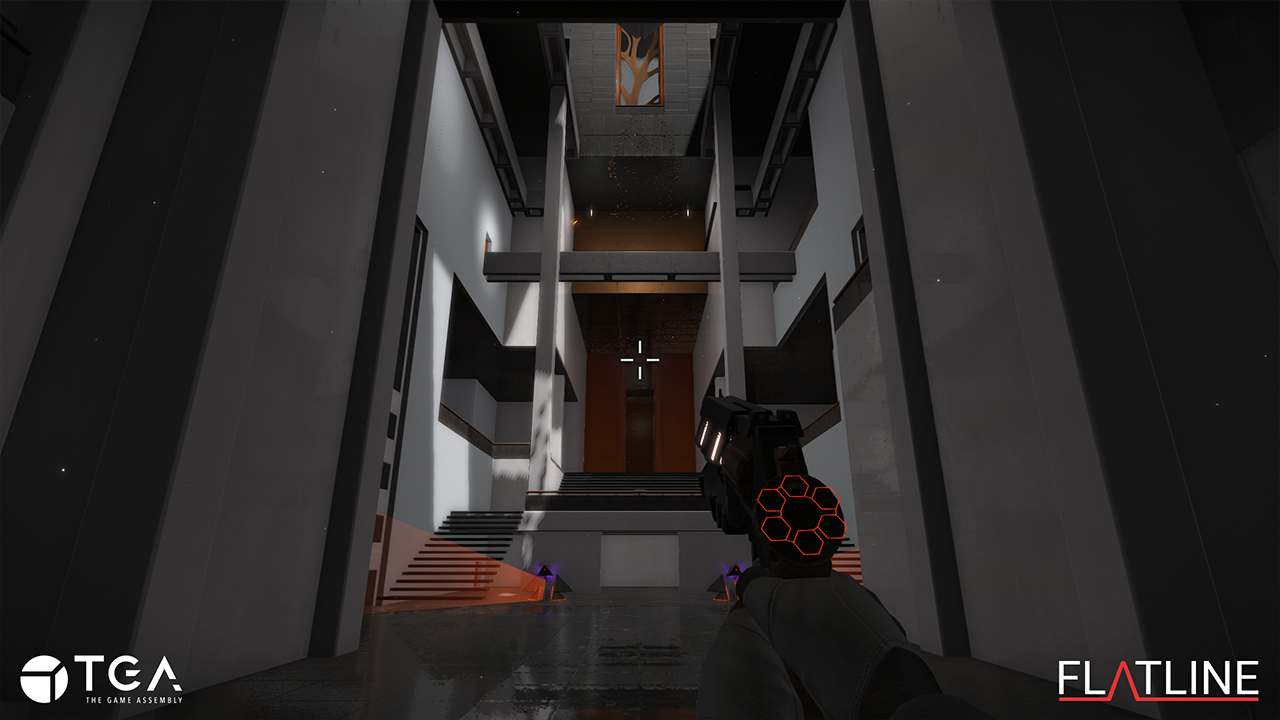 The weakpoints in on the turret and the drone are made with shaders written in HLSL. They both have a grey scale albedo texture and a Look up texture that has the colours from the concepts. The little part of the mesh that the shader is applied to is parented in our engine Cold Snap. The death animations on the Drone and the Turret I made in Maya with the Bullet Physics Simulation Plug-in. The different bodyparts were skinned to a separate skeleton.